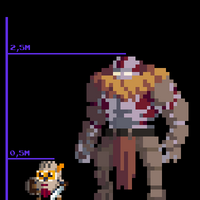 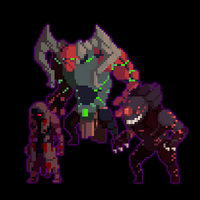 Even if we've been a bit quiet since the release of Gizmo, we've still tirelessly continued working on Argo!

Recently our main focuses, aside from general game loop and game design planning, were the creation of a randomly generated map system and the battle system. We've mentioned the test map that we created a few months ago to be able to get a solid grasp on the gameplay that we wanted to go for and it helped us heaps. As of now we have made big strides in creating a system that creates randomly generated maps to make sure that you, the player, won't get bored of the gameplay loop. This way each map will be a wholly new adventure. But we understand that this carries the risk of a more simplistic or unfocused story. But worry not, we, especially our main programmer Kev, have been working towards creating an engaging and epic tale for you to experience and have been thinking of ways to counter the randomly generated nature of the maps to bring the story out effectively. We'd like to concentrate on the main loop first, though, before implementing the lore and story into the game and sharing it with you.

You can see a small time lapse of us creating a map snippet using our tile system in this video here at 1:20 (it's unfortunately in German since it was made for the German Game Dev Showcase):

We also have a few new sprites to show you, all made by Unfuneral! Below you can see three kinds of enemies that will stand in Argo's way (which have by now also received some new battle animations but that's a topic for another time). 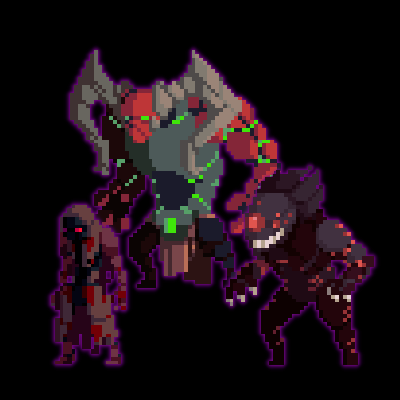 But you won't be alone on your quest to save your sister. These fellas will help you on your journey: The protector "Owlington" and the smith "Tark".

As we get closer and closer to perfecting our map and battle system, the closer we get to showing you some really good stuff. Look forward to it!